The Town Council is organising a public consultation review to gather feedback on specific policies of the neighbourhood Development Plan -such as housing development, transport/infrastructure, employment, landscape and green spaces.

Whether you are an individual, resident or business this is your chance to let the council know what you think. The survey runs from the 30 May to midnight 11 July so please make sure you respond before this period closes.

You can submit your feedback online or by downloading the form and returning it to the Council. Just visit this page of our site to complete the form!

In order to read the proposed development plan you will need to go to the library or download it from the Town Council web site, which points out that:

Camelford Town Council has prepared a NDP for the period to 2018 – 2030. The NDP sets out a vision for the future of the parish and planning policies which will be used to determine planning proposals locally. In 2014, Camelford Town Council (CTC) appointed a local research company “PFA Research” to work with the Neighbourhood Development Plan (NDP) team to devise a comprehensive consultation survey, to help understand the make-up of the town’s needs in order to prepare the NDP. This survey was sent to all households in the Parish and on the CTC website, followed by various drop-in events including the Camelford Carnival in 2015, the Camelford Show in 2016 and an on-line survey in 2017.

All this information was used by the NDP Team to outline the policies for a plan which CTC hope will address some key issues around housing, the economy/employment, transport/infrastructure, community facilities/amenities, landscape/green spaces and renewable energy.

Neighbourhood Plans are strengthened by public feedback, so it is really important that you have your say at this stage. During this period, CTC would be grateful for your comments. CTC will also consult developers, community organisations, adjoining parish councils, businesses, land owners and national organisation ( e.g. Natural England, South West Water, Environment Agency).

Don’t say you haven’t been warned! Make sure to have your say before midnight on the 11th of July. 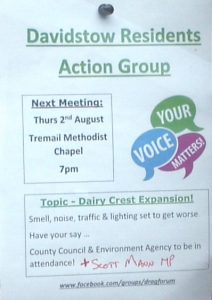 Planning permission is being sought for the change of use from a Former Laundry Room to Holiday Accommodation including a single storey extension and an increase in height of the roof at Vicarage Hill, Davidstow, Camelford, Cornwall: 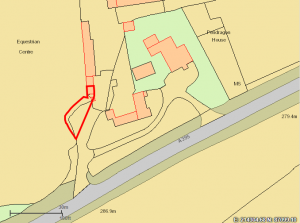