Another downpour last night has resulted in all too familiar news this morning. Here’s the NetWeather.TV rain radar view of Cornwall at 9 PM last night:

Davidstow is under all that rain dropping cloud somewhere! This morning there are flood warnings in place for North Devon, and flood alerts across North Cornwall:

What’s more the Surfers Against Sewage map reveals that nearly all the beaches in North Cornwall also have water quality warnings in place:

The little low tide “beach” at Trebarwith Strand is currently clear, but Watergate Bay is not.

A big swell was forecast to arrive on the coast of North Cornwall last weekend:

Discretion is the better part of valour, especially at our advanced age. Hence we merely admired it from afar on Friday evening:

The waves were significantly smaller on Saturday, so the Davidstow.info editor-in-chief and artist-in-residence packed our gear into Lisa, our Nissan Leaf electric vehicle, and headed for Widemouth Bay:

We even managed to record some moving pictures of the scene at the seaside, as did Dave at Watergate Bay!

P.S. We also managed to record some video footage whilst immersed in the Atlantic Ocean. In episode one your intrepid editor inadvertently found himself in the midst of a sizeable closeout, and managed to breathe in some seawater of hopefully unadulterated quality:

Whereas in episode two:

The swell was onshore and the wind was light and sometimes offshore along the North Cornwall coast on Sunday 13th June:

Hence we headed to the coast for an afternoon bodyboarding session at Watergate Bay, which also allowed us to wave goodbye to some of the global leaders departing these shores at the conclusion of the 2021 G7 Summit:

Here are some views I recorded out in the surf:

Here are some more we took on the beach:

We also created a sand art message for (probably brief) posterity, albeit invisible to those high above us:

Meanwhile according to The Guardian:

The G7 summit ended with rich nations reaffirming their goal to limit global heating to 1.5C, and agreeing to protect and restore 30% of the natural world by the end of this decade, but failing to provide the funds experts say will be needed to reach such goals.

Boris Johnson badly needed a successful G7 deal on climate finance to pave the way for vital UN climate talks, called Cop26, to be held in Glasgow this November. Climate finance is provided by rich countries to developing nations, to help them cut greenhouse gas emissions and cope with the impacts of climate breakdown, and was supposed to reach $100bn a year by 2020, but has fallen far short.

Jennifer Morgan, executive director of Greenpeace, said: “The G7 have failed to set us up for a successful Cop26, as trust is sorely lacking between rich and developing countries.”

Without stronger commitments on climate finance, Johnson will face an uphill struggle in getting support for any Cop26 deal from the developing world, who make up the majority of countries at the UN climate talks and who will make or break any deal there.

The prime minister was left to re-announce previously allocated cash, in the form of a £500m blue planet fund for marine conservation, already set out last year, while the other G7 members refused to stump up funds. About $2bn is to be provided to help countries phase out coal-fired power generation, but it is not clear whether this is new money.

The forthcoming summit of the G7 nations is taking place on the north coast of Cornwall, just down the road from Davidstow . According to the G7 UK web site:

In June, Prime Minister Boris Johnson will welcome fellow G7 leaders to one of the most beautiful parts of the UK: Carbis Bay in Cornwall.

Other parts of the region will also play a key role in the Summit, including neighbouring St Ives, Falmouth and Newquay airport.

With over 400 miles of coastline, Cornwall’s stunning landscape provides a perfect setting for world leaders to come together and discuss how to respond to global challenges like coronavirus and climate change.

Here’s one of my recent pictures of some of that coastline, including part of Cornwall’s industrial heritage and some large waves!

Cornwall Council has recently issued guidance about the G7 summit, which is likely to be of interest to both residents and visitors to the area over the next couple of weeks. Here it is:

Here too are the maps detailing the forthcoming restrictions on your movements around St. Ives, Newquay Airport and Falmouth during the summit:

Here too is an image from a recent article in The Guardian:

The police force in charge of law and order at the G7 summit in Cornwall has said it faces challenges ranging from the “tricky” business of liaising with foreign leaders’ security details to not wrecking people’s holidays – and stopping gulls from attacking their drones.

Devon and Cornwall police, which is leading the operation for next month’s summit, said officers, backed by military planners and intelligence agencies, would patrol from the land, air and sea to keep the event safe.

On Tuesday it allowed reporters to watch firearms officers going through their paces and drone pilots practising their skills as final preparations were made for the largest operation in its history.

Officers fired Heckler and Koch G36 carbines and Glock pistols in an indoor range at the force’s headquarters in Exeter. They will also have access to a range of other equipment including baton rounds, typically used in riot control, Taser stun guns, smoke and stun grenades and incapacitant spray.

It probably makes sense to stay away from those areas over the long weekend of the G7 event, unless you have a particular reason to go there? Surfing Watergate Bay certainly looks to be fraught with difficulty!

This article is reproduced by kind permission of our sister website CoV-eHealth.org, for the benefit of surfers, coast path walkers and moor hikers resident in and around Camelford, North Cornwall. And elsewhere I suppose.

The United Kingdom’s National Police Chief’s Council has published new guidance on what constitutes a “reasonable excuse” to leave your residence during the current novel coronavirus lockdown. You can download a copy from:

Of particular interest to me as a “silver surfer” is the part that states:

Exercise can come in many forms, including walks.

Exercise must involve some movement, but it is acceptable for a person to stop for a break in exercise.

It is lawful to drive for exercise.

Whilst surfing is not explicitly mentioned in the new document the current Police Commander for Cornwall has previously issued guidance on that form of exercise for the county:

According to “Cornwall’s top cop” before the new guidance was published:

Police BCU Commander for Cornwall, Temporary Chief Superintendant Ian Drummond-Smith said the recent guidance from the London-based National Police Chiefs Council was consistent with what his officers were doing on the ground but he reiterated that the public should not try and take advantage of the guidance.

He said: “Surfing has not been banned. It’s exercise and in Cornwall we know it’s a popular exercise. People can still surf. The question of driving a reasonable distance as per the NPCC guidelines, is ‘how far is reasonable’.

“The NPCC guidelines does not say whether you can or cannot drive to do your exercise. I am telling my officers people can surf and some may well drive to surf.”

Now all we denizens of the North Coast need to do is wait for the swell to be onshore and the wind to be offshore once again.

And to stay well over 2 meters away from anybody else with the same idea at the same time at the same beach!

As discussed in the article describing my surfing session in Newquay earlier this year, the images below are from beyond the parish of Davidstow. However Summerleaze Beach in Bude is an even easier drive from here for any visitors staying in the Davidstow area:

Not only is there surf when the wind and North Atlantic swells permit, there is also the much calmer Bude Sea Pool (almost) all day, every day: 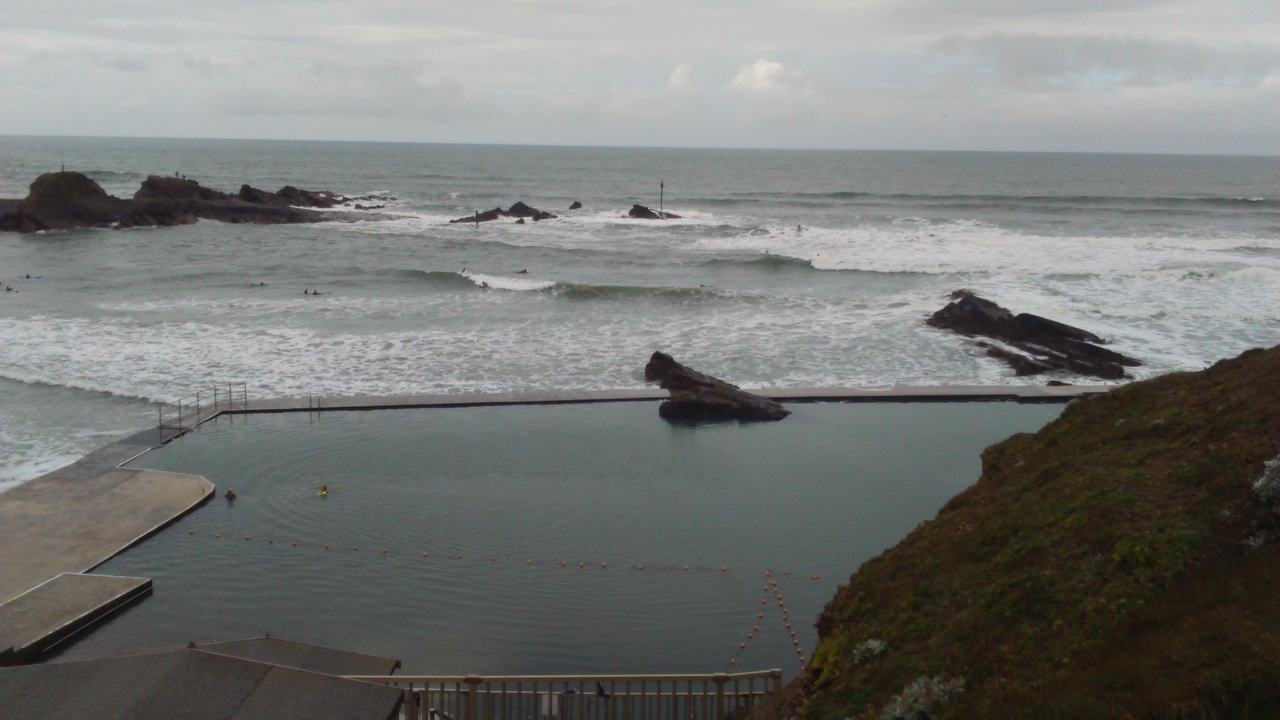 If you’re very lucky, as I was this weekend, you may even find yourself in the midst of an art installation on your next trip up the A39 Atlantic Highway!

If you’re actually in or near Bude and/or Davidstow this weekend more information about the Reflect Arts+Minds Project can be found at: 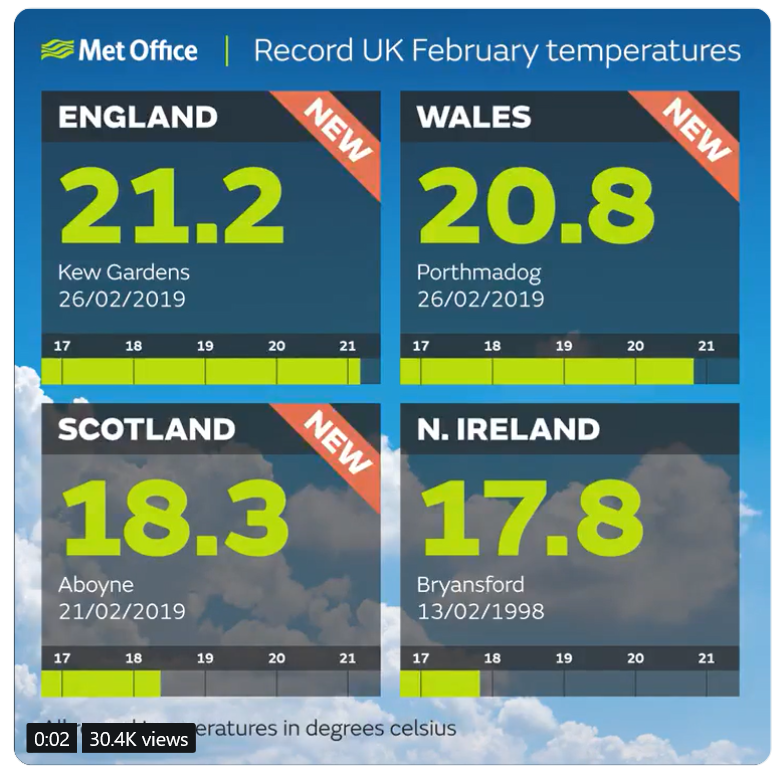 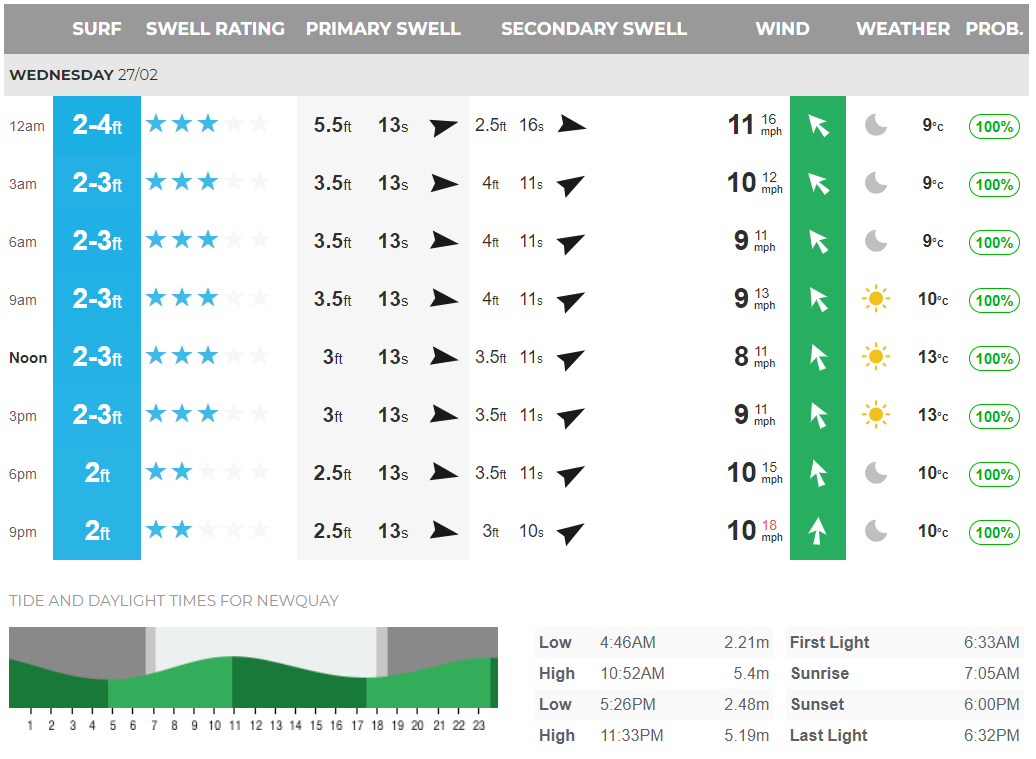 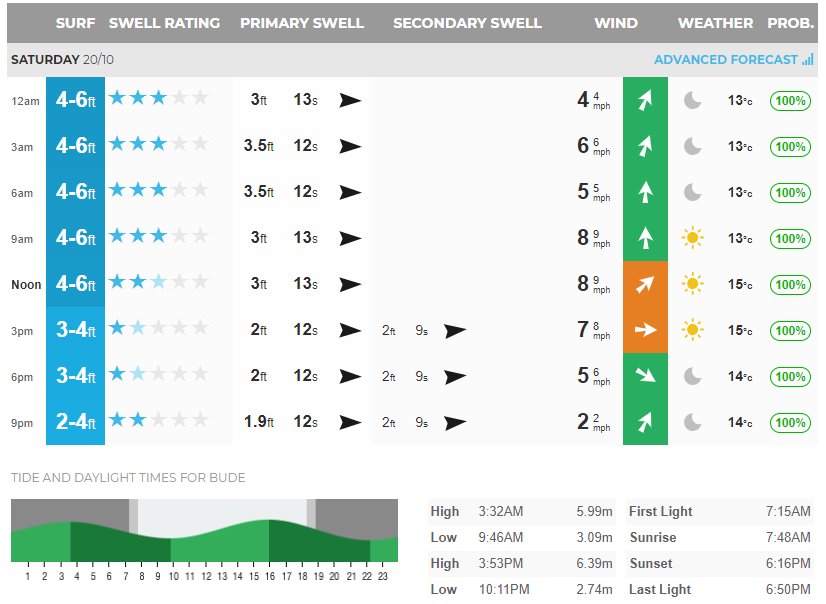